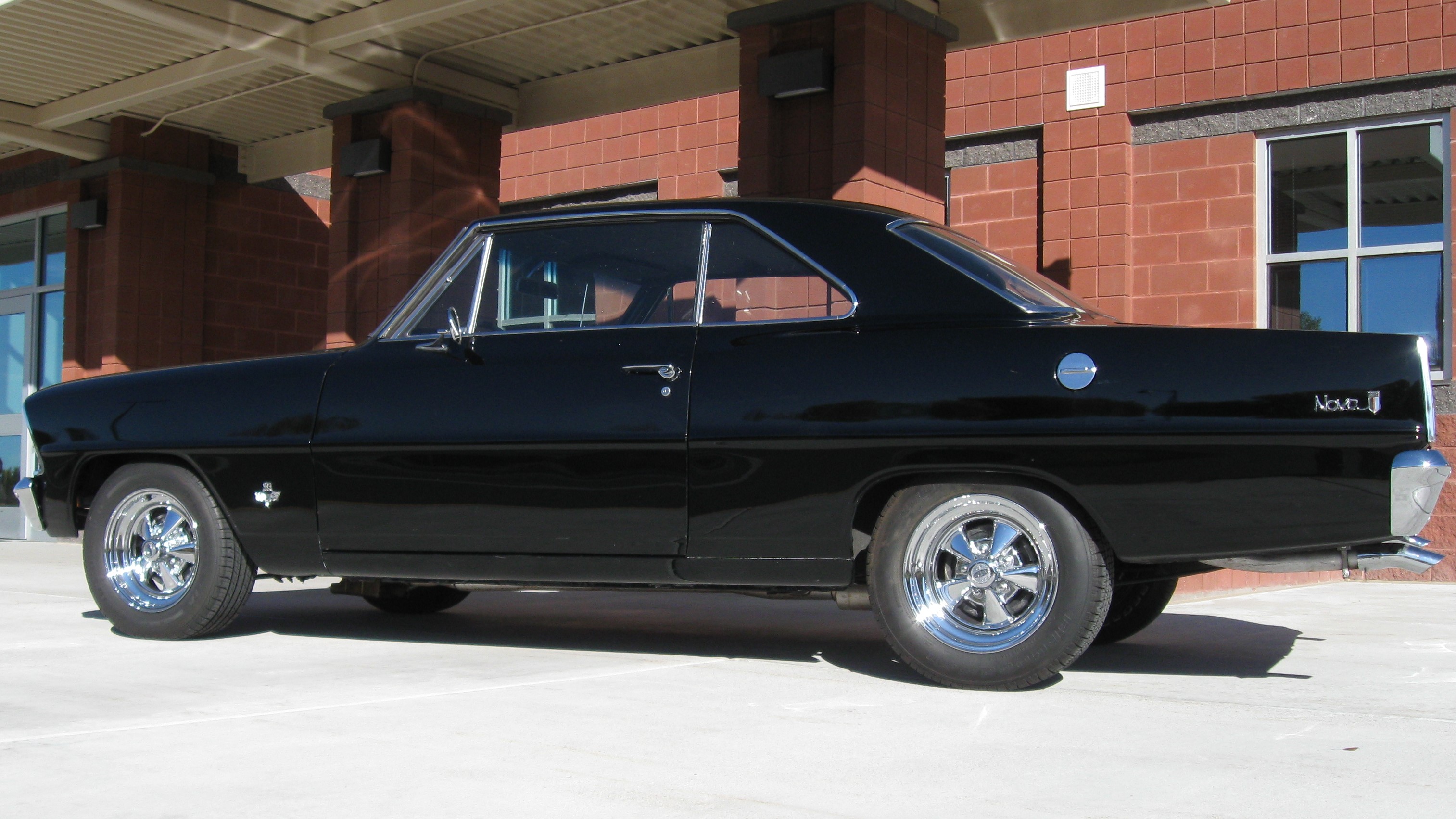 The 2018 Cache Valley Cruise-In Grand prize is this smooth, black 1967 Chevrolet Chevy II Nova. It has a small block Chevy engine stroked to 383 cubic inches and a Turbo-Hydramatic 350 automatic transmission, which provides for acceleration that can only be described as “exhilarating”!

While it’s a fun car to drive and looks great as-is, we have a few ideas to make it better. Les Schwab and American Racing Wheels teamed up to provide some new rolling stock – Grand Prix Performance GT rubber wrapped around a set of polished Torq-Thrust II’s. One Way Transmission, another long-time sponsor, is building a 700R-4 4-speed overdrive automatic transmission to make freeway miles slip on by and allow you to pass a gas station or two. We have a number of creature comforts planned, as well; power steering, power disc brakes, and a tilt steering column with a steering wheel that’s a bit sportier while maintaining that classic ‘60s muscle car vibe.

Through the fall, we’ve had a great time taking it to car shows and it’s been pretty popular. I’m sure the lucky winner will have just as much fun, because it’ll be the kind of car you just can’t help driving the wheels off of, or looking back once (or twice!) whenever you park it!